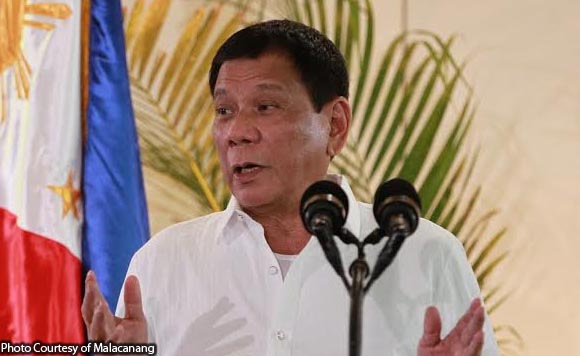 President Rodrigo Duterte said drug lords operating in Catanduanes will be the next target of his brutal drug war.

Duterte specifically issued a warning against a National Bureau of Investigation official to watch out because the authorities were on top of his drug protection racket which was busted following the discovery of a mega shabu laboratory on the island last November.

The shabu laboratory – which can produce at least 300 kilos per day or equivalent to P1.5 billion – was discovered in Barangay Palta Small, Virac town at the property of Isidoro’s wife, Angelica Balmadrid.
Isidoro was head of the NBI’s anti-drug unit during the time of Justice Secretary and now Sen. Leila de Lima. The warehouse was leased to one of Isidoro’s co-accused Jason Uy, alias “Paulo Uy,” reportedly a Chinese.

The shabu laboratory was part of the expose made by slain lain journalist Larry Que last December.

The publisher of Catanduanes News Now had tagged Catanduanes Gov. Joseph Cua as the brains behind the provinces’s illegal drug business. Cua has denied the allegations.

Que’s wife has filed murder charges with the Department of Justice against Catanduanes Governor Joseph Cua, a policeman, and three other suspects last May.