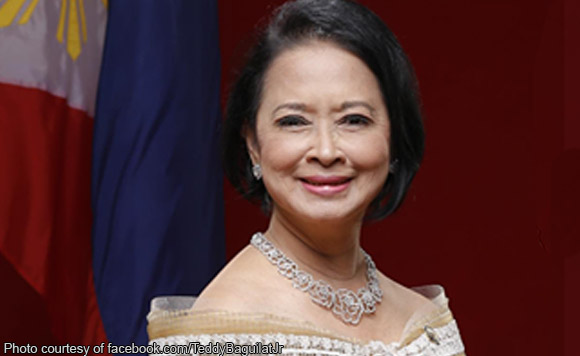 Occidental Mindoro Rep. Josephine Ramirez-Sato is urging Envionment Secretary Roy A. Cimatu to intensify the campaign against wildlife trafficking in the country.

Mindoro island is host to the iconic Philippine tamaraw, also known as the Mindoro dwarf buffalo – a critically endangered endemic species found only on the island. Mindoro is also a pathway of migratory marine wildlife like marine turtles making it vulnerable to wildlife trafficking, as well.

According to news reports, the turtles were discovered in a large motorboat off the shore of Barangay Bacao.

The police have filed charges for violation of the Wildlife Act against two individuals identified only as Rico Gonzales and Kim Aristotiles from Taytay.

She said as a former AFP chief of staff, Cimatu has the military expertise and experience which he can use to combat the rampant illegal wildlife trade.

“I appeal to Secretary Cimatu to do something to protect our precious wildlife, too. Prevention is always better than cure. We can save them from wildlife trafficking,” she said.

“We should work doubly hard to protect our biodiversity against all forms of environmental terrorism that undermine our natural wealth – including our already endangered and threatened wildlife before they become extinct,” Sato said.

Sato noted that wildlife trafficking is being facilitated, if not perpetrated by locals themselves.

Sato added that Illegal wildlife trafficking was a global phenomenon threatening biodiversity and the Philippines has its share of responsibility to various international treaties.

She urged Filipinos to help the government apprehend wildlife traffickers who are raking huge profit at the expense of the country’s endangered and threatened wildlife.

Sato recently filed a bill seeking to expand the coverage of National Integrated Protected Areas System or the E-NIPAS Act in the House of Representatives.

The lady solon was designated as chairman of the technical working group tasked to consolidate all E-NIPAS-related bills to fast track its passage.

There are 240 Protected Areas in the Philippines but only 13 are backed by law.

Under the E-NIPAS, Sato said there will also be stiffer penalty and higher fines for violators, including wildlife traffickers.