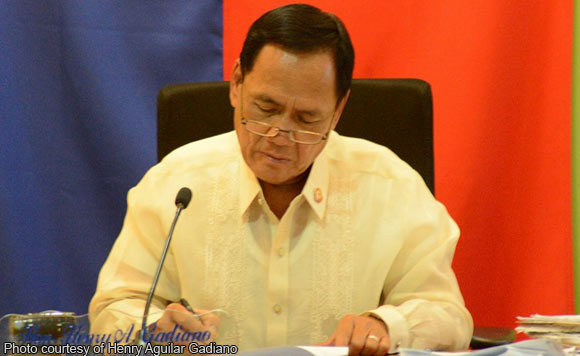 A member of the Sangguniang Panlungsod here wants microwave-heated food banned from being sold in restaurants and other similar establishments.

Councilor Henry Gadiano, who filed an ordinance Tuesday morning regarding this, said prohibiting food establishments from peddling microwave-heated diet is one of the ways the “obvious increase in plastic usage within Puerto Princesa” can be lessened.

In the measure he filed, he also said continuous selling of microwave-heated fodders packaged in plastics also poses risk on human health because of Bisphenol-A (BPA), and Phthalates, which are “plasticizers” used to increase flexibility, transparency, durability, and longevity of plastics.

Both Bisphenol-A and Phthalates have adverse human health effects and according to the European Chemicals Agency (ECA) this year, the BPA should be listed as “a substance of very high concern due to its properties as endocrine disruptor.”

Gadiano’s proposed ordinance said further that according to the World Health Organization (WHO), about 800 elements are currently suspected as endocrine-disrupting chemicals (EDCs).

BPA and Phthalates are just two, and the rest are still being studied for confirmation of their ill-effects to human health.

Gadiano’s ordinance has been referred to the Committee on Health of the Sangguniang Panlungsod. (PNA)