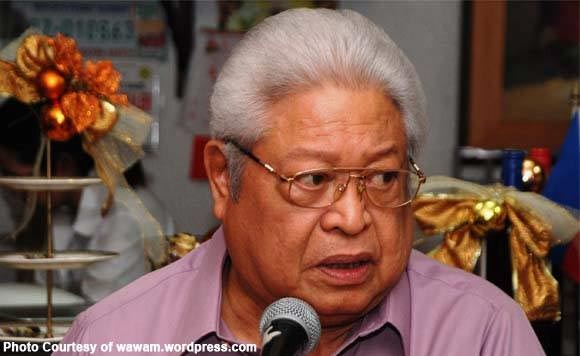 0 2,957
Share
Want more POLITIKO News? Get the latest newsfeed here. We publish dozens and dozens of politics-only news stories every hour. Click here to get to know more about your politiko - from trivial to crucial. it's our commitment to tell their stories. We follow your favorite POLITIKO like they are rockstars. If you are the politiko, always remember, your side is always our story. Read more. Find out more. Get the latest news here before it spreads on social media. Follow and bookmark this link. https://goo.gl/SvY8Kr

Albay Rep. Edcel Lagman believes Marawi City would not have been left in ruins had President Rodrigo Duterte not declared martial law.

Lagman blamed the government’s offensive against the Maute group for the destruction of Marawi City.

“The havoc being inflicted on Marawi City is not principally the result of terrorist assault but primarily of air strikes and land offensive of government forces,” he said in a statement Thursday (June 22).

“No place in Mindanao has been destroyed before with excessive gravity by terrorist attacks compared to the massive destruction brought about by the military might in Marawi City,” Lagman added.

Duterte declared martial law in Mindanao on May 23 due to the clash between government troops and the Maute group.

Lagman has questioned Duterte’s declaration before the Supreme Court, arguing that it has no legal basis.

The opposition lawmaker said the government will not have to spend billions in rehabilitating Marawi City if martial law were not declared.

“The armed forces should have been allowed to subdue lawless violence without the pointless impetus and disastrous consequences of military rule,” Lagman said.