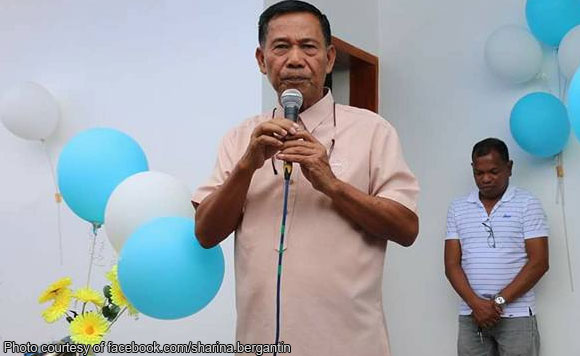 0 737
Share
Want more POLITIKO News? Get the latest newsfeed here. We publish dozens and dozens of politics-only news stories every hour. Click here to get to know more about your politiko - from trivial to crucial. it's our commitment to tell their stories. We follow your favorite POLITIKO like they are rockstars. If you are the politiko, always remember, your side is always our story. Read more. Find out more. Get the latest news here before it spreads on social media. Follow and bookmark this link. https://goo.gl/SvY8Kr

After refusing to acknowledge the serving of his 60-day preventive suspension order from the Provincial Council, Pili, Camarines Sur Mayor Tomas Bongalonta Jr. is now waiting for the court’s say in his request for a temporary restraining order (TRO) against the suspension.

“I believe that I am still the mayor of Pili. I will wait for the resolution of my petition with the Regional Trial Court,” Bongalonta was quoted as saying Wednesday, June 14 in a Bicol Standard report.

The politiko filed the TRO petition before Branch 32 of the Regional Trial Court (RTC) of Pili.

As per the same report, Vice Mayor Rogelio Regondola has already assumed office as the Acting Mayor of the municipality. This, after Camarines Sur Governor Migz Villafuerte finally signed the suspension order last Friday, June 9.

On Monday, Bongalonta ignored the serving of the document, saying it was done sans any formality. Representatives of the Department of Interior and Local Government (DILG), he said, should be the ones to bring the order to his office.

He also insisted that the issue against him is “politically-motivated.”

The suspension order stemmed from the mayor’s administrative case, which had to do with his hiring of Barangay San Roque kagawad David Olaguera as his driver-bodyguard.