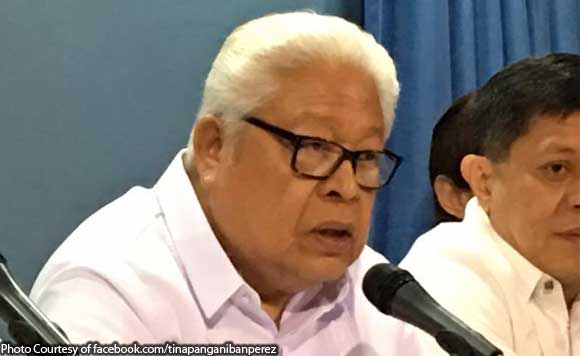 Albay Representative Edcel Lagman believes the military is capable in subduing the Maute terrorist group even without martial law being declared over MIndanao.

Lagman raised this argument during the oral arguments at the Supreme Court (SC) over the petitions seeking the nullification of Duterte’s Proclamation No. 216 which declared martial law and suspended habeas corpus over Mindanao.

“Petitioners unequivocally condemn the acts of terrorism committed and being committed by the Maute Group and the Abu Sayyaf Group. The full force of the Armed Forces must be used to subdue these terrorists,” he clarified.

However, confronting and defeating them does not need the imposition of martial law where there is no actual “invasion or rebellion” when the “public safety” requires such imposition or suspension,” he pointed out.

“The repetition of such excesses is ominous in the wake of President Duterte’s statement that the martial law of Marcos was “very good” and he would replicate it with equal harshness,” he pointed out.