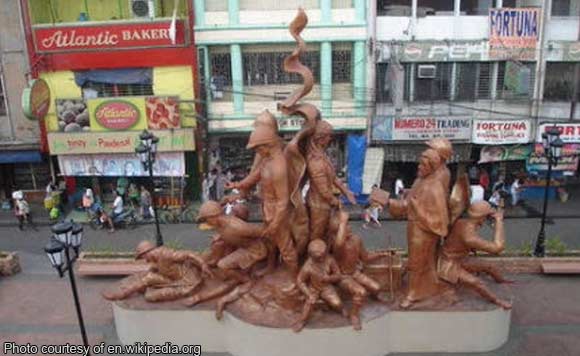 Bicolano historian, Dr. Danny Gerona blasted those behind the design of the so-called Oragon Monument in Naga City, calling it a “joke” and an “embarrassment.”

Gerona, in a Brigada News FM Daet report Tuesday (June 13), claimed that the depiction of historical figures in the monument was “far from historical truth,” especially when it comes to their clothes and positions.

He surmised that the city government, out of its desire to put up a statue based on history, ended up getting the opinion of not so well-learned historians. This supposedly led to the Oragon Monument’s not having any historical basis.

Gerona further called the monument a cause of traffic in the city.

Sitting on a rectangle-shaped plaza, the Oragon Monument is located smack in the middle of Naga.

It was unveiled in July 2010, or just a few weeks after John Bongat took over as city mayor. Bongat is now on his third and final term as local chief executive.

Do you agree with Gerona?