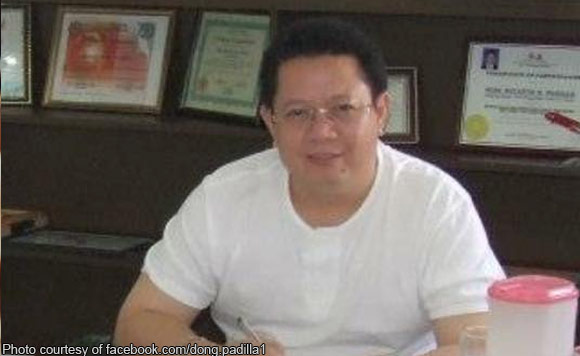 Jose Panganiban, Camarines Norte Mayor Ricarte “Dong” Padilla took a dig at the mining industry despite the fact that his municipality has a lot of mine workers.

Padilla, according to a Brigada News FM Daet report Wednesday (June 6), dubbed mine work as a “non-sustainable” livelihood.

The politiko gave this statement during his speech at the memorandum of agreement (MOA) signing of the Strategic Help Desks for Information, Education, Livelihood and other Developmental interventions (SHIELD) program against child labor.

Jose Panganiban, along with Labo and Paracale are the only three mining towns on Camarines Norte.

While Padilla admitted that the mining industry has helped many people, he said that it shouldn’t be treated as permanent source of livelihood.

He noted the residents of his own town, saying he’s seen many individuals whose lives improved due to mining but only temporarily.

As such, he called on the government to provide alternative forms of livelihood that can help local folk pull themselves out of poverty, and, as a result of this, end child labor.

Jose Panganiban, Labo and Paracale were all chosen as pilot sites for SHIELD.