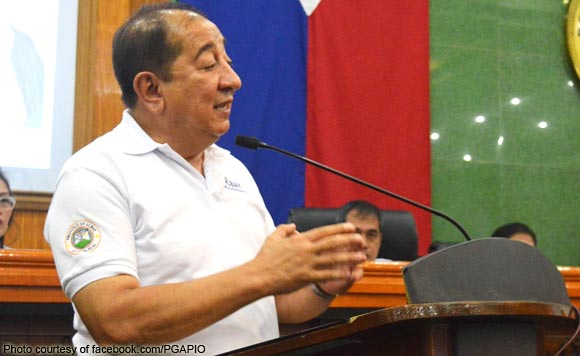 0 671
Share
Want more POLITIKO News? Get the latest newsfeed here. We publish dozens and dozens of politics-only news stories every hour. Click here to get to know more about your politiko - from trivial to crucial. it's our commitment to tell their stories. We follow your favorite POLITIKO like they are rockstars. If you are the politiko, always remember, your side is always our story. Read more. Find out more. Get the latest news here before it spreads on social media. Follow and bookmark this link. https://goo.gl/SvY8Kr

The Provincial Government of Albay will be holding boxing matches for everybody’s entertainment at Penaranda Park beginning on Independence Day, June 12.

“Admission is free! Interested boxers can go to the Sports Office at the Albay Astrodome for further inquiries,” it further read.

The “Boxing at the Park” is the second sports extravaganza to be launched by Governor Bichara in the province in the last two weeks.

Participating in the tennis tournament were Johnny Arcilla and Clarice Patrimonio–the top male and female players, respectively, in the country.