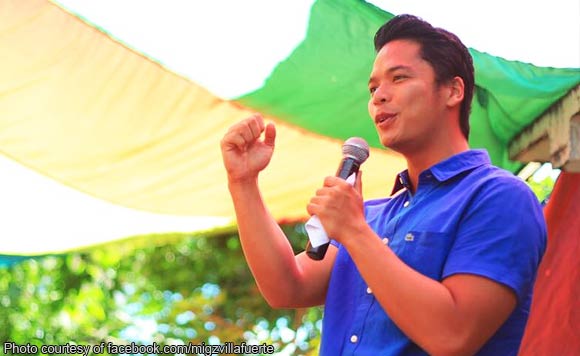 Keep calm, the government has everything under control.

This, in a nutshell was Camarines Sur Governor Migz Villafuerte’s message to his constituents Sunday (June 4) even as he announced the tightening of security measures in the province.

“Due to all the sad and unfortunate events happening in the country, Camsur PNP and the provincial government are on full alert,” the young politiko said on a Facebook post.

“We have set up full PNP checkpoints at our boundaries (Del Gallego, Bato) and other random inspection checkpoints strategically situated in different parts of the province,” Villafuerte said.

Although he didn’t mention it directly, the Camarines Sur governor went on to address the fear of terrorism in the country.

“Stay alert, but most of all, live normally! Panicking just gives them (these animals) what they want. The PNP and our national government got this,” he said.

President Rodrigo Duterte’s political allies have branded the recent Resorts World Manila incident as a “lone wolf” terror attack. Some 38 people died there, including the attacker.