For the love of abaca: Sarmiento hails past, present govs for important festival 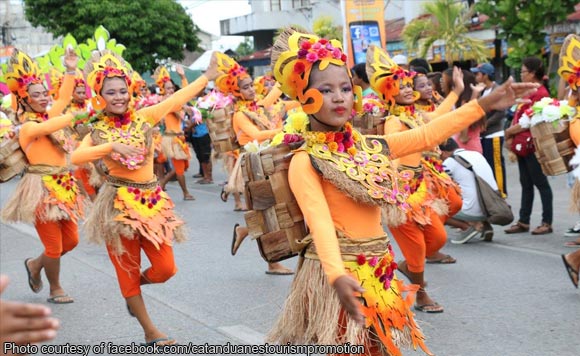 We can tell by the way that he gave props to the Provincial Capitol’s past and present leaders over the recent conduct of the 2nd Abaca Festival.

“It was first launched last year by virtue of an ordinance institutionalizing the holding of this Festival yearly in the month of May. Credit must be given to Former Governor Cely Wong in pushing for the holding thereof despite a misfortune befell on her (not being able to win in the 2016 elections thru her son),” Sarmiento said on a Facebook post.

But the congressman added that “Kudos must likewise be accorded to the present administration in continuing the celebrations on its second year – a gesture that really gives recognition and importance to the valuable contribution of abaca to our province.”

Sarmiento was referring to incumbent Catanduanes Governor Joseph Cua, who engaged the Wongs in a fierce campaign during last year’s polls.

Since last year, Sarmiento has been highlighting before the House of Representatives (HOR) the importance of abaca to Bicolanos in general.

He said the Philippines is the world leader in abaca production, accounting for a whopping 87 percent of the total global output in 2015. From that figure, at least 35 percent came from the Bicol region.