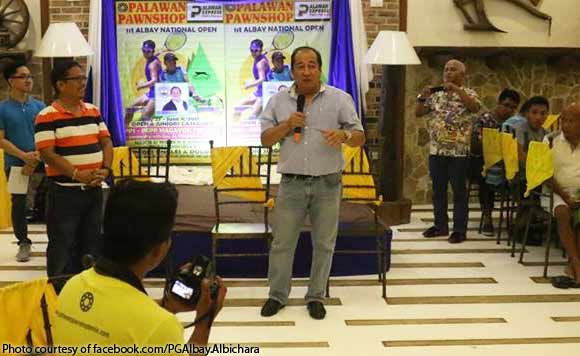 On Wednesday (May 31), the Provincial Government kicked off the first round of the 1st ever Albay National Open Lawn Tennis Championship the Albay Lignon Tennis Courts in Legazpi City.

Bichara, a tennis aficionado, is presenting the tournament as part of the calendar of events of this year’s Magayon Festival.

The Philippines’ top male tennis player, Johnny Arcilla, has thrown his hat in the event in his quest for another open title. He will compete in the men’s singles.

Up and coming tennis players from Albay and nearby provinces will also compete in the tournament.