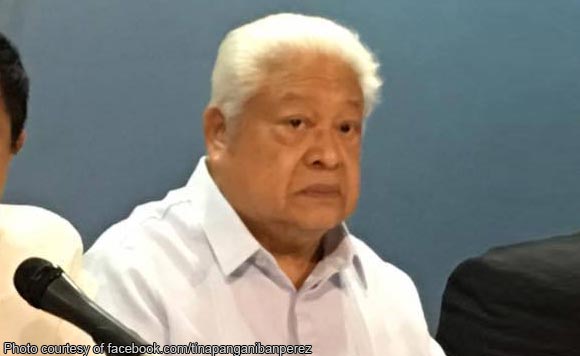 The opposition bloc in the House of Representatives (HOR) aren’t alone in their quest to challenge Congress’s non-holding of a joint session for the possible revocation of President Rodrigo Duterte’s Martial Law proclamation.

“Well, there are kindred groups who are meeting… Actually it started yesterday, to plan out a definitive course of action in the fact of the refusal of the leadership of the House and the Senate to comply with the constitutional mandate to convene in joint session and vote jointly,” Albay 1st district Rep. Edcel Lagman said in a press conference Tuesday, May 30.

Lagman and his fellow opposition politikos are of the opinion that Congress (HOR and Senate) is remiss in its constitutional duty to convene following Duterte’s submission of his Martial Law report.

Lagman, a lawyer, reiterated the presence of a constitutional violation, thus the Supreme Court may step in and resolve it.

Lagman added: “Maraming grupo ang gustong mag-file. Palagay ko each group may file their own but the SC may subsequently consolidate all these petitions.”