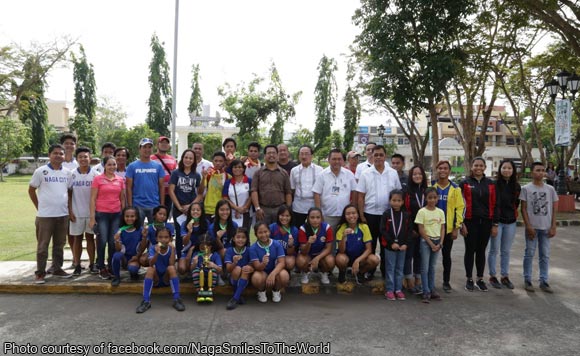 The City Government of Naga under Mayor John Bongat will be giving cash incentives to local athletes who manage to win medals in various national sports competitions.

Based on a Brigada News FM Naga report Tuesda (May 30), those who took home gold medals in a national sports competition will get a P4,000 cash incentive.

Meanwhile, those who won silver and bronze medals will be given P3,000 and P2,000, respectively by the local government.

Francis Barja, Naga government Sports Coordinator, said that among those qualified for the cash incentive are the gold medal winners of the recent futsal tournament of the Gensan National Invitation Championship that was held in Laguna.

Also qualified are the local medal winners of the recently-concluded Palarong Pambansa in Antique, Barja said.

The City Hall official said that the eligible athletes need only to complete the documentary requirements to avail of the cash gifts.