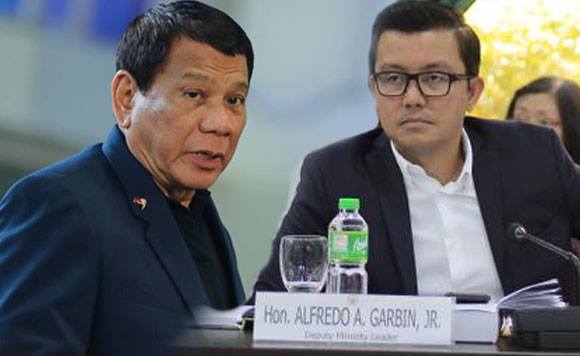 As if telling people to chill out, AKO-Bicol Party-List Rep. Alfredo Garbin recalled on Monday (May 29) that President Rodrigo Duterte is a man who has “sworn to uphold the Constitution.”

Garbin, a member of the House Minority, had this to say after Duterte threatened over the weekend to disregard the opinion of Congress and the Supreme Court (SC) on his declaration of Martial Law in Mindanao as a result of the Maute Group’s attack on Marawi City.

“We must remember that our President is a lawyer and knows by heart and respects each and every provision of the Constitution, especially those relating to Martial Law. He has been with the government for a long time, and has sworn an oath the Constitution will be upheld,” the House politiko said.

Before winning the Palace seat in May 2016, Duterte was a Davao City prosecutor-turned-mayor.

The 1987 Charter provides safeguards for the imposition of Martial Law, such as the power of Congress to revoke the President’s declaration via joint session. The SC may also hear petitions challenging the legality of such declaration.

For the part of the House of Representatives (HOR), Garbin said that it would fulfill its role.

“On our part, as members of the Congress, we will ensure that these constitutional guarantees and safeguards are upheld,” he said.