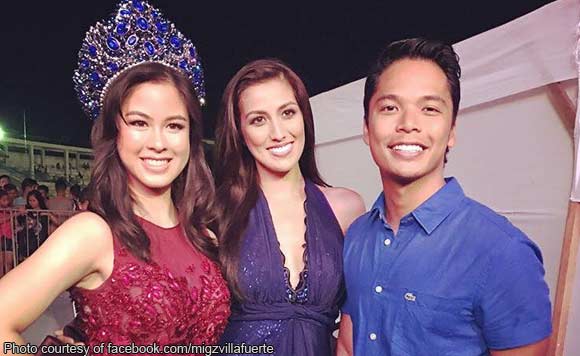 This appears to be the case after the politiko prodded Piolo Pascual’s hunky son to move out to the beautiful province.

“You are very much welcome here, Iñigo! 😁👍🏼” Gov Migz wrote on Facebook. And as if to tease his fellow Bicolano, he tagged Kisses on the same post.

Iñigo is said to be an admirer of pretty Kisses, a fellow “Kapamilya” star.

“Should I move out here?” the actor asked. As far as Gov Migz is concerned, the answer is yes.

We wonder what Kisses would say?

The two young stars were both guests during the Miss Kaogma 2017 pageant. #

Governance is not just about giving handouts, says Albay…