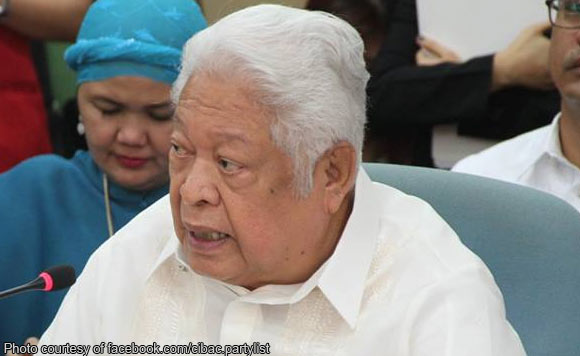 In a statement Friday (May 26), Lagman, a lawyer, reasoned that it’s “constitutionally mandatory” for the House of Representatives and the Senate to immediately convene in Joint Session to consider whether or not to revoke the President’s declaration of Martial Law.

This, despite being told by Fariñas, a former Bar topnotcher, earlier this week that both Houses of Congress would only carry out a Joint Session if there is a Concurrent Resolution to that effect.

“As I explained separately to the Makabayan bloc and Manong Edcel last night (May 24), a Joint Session requires a Concurrent Resolution of both Houses to call Congress into such Joint Session. If either does not want to, how can you have a Joint Session?” said Fariñas on Thursday (May 25).

The filing of a Concurrent Resolution seems highly unlikely since both chambers are teeming with Duterte’s allies. Fariñas is a party mate of the President’s.

“The reported individual opinions of Members of the Congress that they are not disposed to revoke the declaration must not be used as an alibi by the leadership of both Chambers not to convene because there is need for a collective decision of a majority of all Members voting jointly whether or not to junk or delimit the Martial Law imposition,” Lagman said in his statement.

He did not mention Fariñas, although the latter has been the only one from the House leadership to publicly speak on the matter.

“The declaration of Martial Law is effective immediately. Hence, there must be no undue delay in the congressional assessment of the declaration’s merits, factual basis and territorial coverage,”
Lagman noted.

Malacañang passed its report on the declaration of Martial Law in Mindanao to Congress leaders on Thursday night, thus paving the way for a Joint Session.

“The ensuing debates in the Joint Session will afford the people the opportunity to know the pros and cons on the declaration of Martial Law, particularly from the political opposition and the independent-minded members of the supermajority in both Houses,” Lagman said. 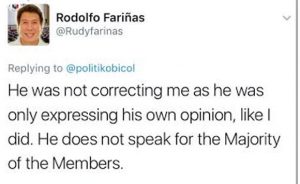