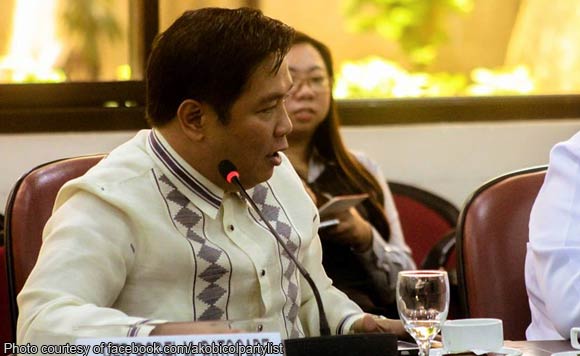 President Rodrigo Duterte won’t be marking his first anniversary in Malacañang until next month, but AKO-Bicol Party-List Rep. Rodel Batocabe is already giving him a handsome rating of 8.5 out of 10 for his rookie year.

Batocabe, in a text message to Politiko, noted that Duterte’s positive points simply outweighed the negatives, thus the good score.

“Plus points– robust economy, slowly winning the war against drugs, great communicator who gives people hope, decisive and only Filipino leader in history who can stand up to the bull&@# of Western powers, USA and EU,” enumerated the congressman.

As for the negative points of Duterte’s presidency so far, Batocabe can only name two.

“Minus– Maute incident and other acts of terrorism, tendency to fight and attack back whenever criticized which may polarize our country instead of galvanize our nation,” said the lawmaker.

Duterte won the presidency in landslide fashion in May 2016. He commanded record-breaking trust and approval ratings after assuming the Palace seat in June.

Backing up Duterte is a solid and expansive coalition in the legislature, of which Batocabe is a member.