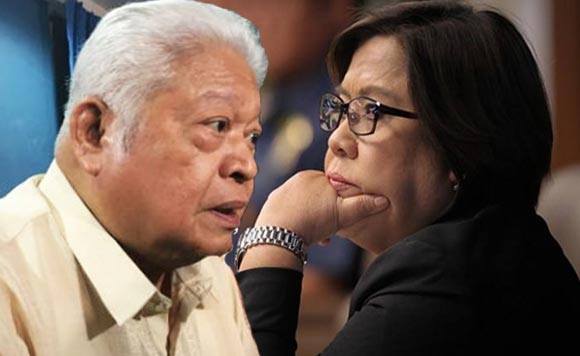 0 539
Share
Want more POLITIKO News? Get the latest newsfeed here. We publish dozens and dozens of politics-only news stories every hour. Click here to get to know more about your politiko - from trivial to crucial. it's our commitment to tell their stories. We follow your favorite POLITIKO like they are rockstars. If you are the politiko, always remember, your side is always our story. Read more. Find out more. Get the latest news here before it spreads on social media. Follow and bookmark this link. https://goo.gl/SvY8Kr

“The request of Sen. [Leila] de Lima for occasional furlough to vote on landmark legislation must be supported and granted by the Senate leadership and membership,” said Lagman on Monday, May 22.

The Bicolano, who is a veteran lawmaker, went on to justify his stance in the light of De Lima’s being charged with multiple drug-related cases.

“De Lima’s request is well-founded for the following overriding reasons: 1.) As a duly-elected Senator, it is her constitutional right and duty to participate in the voting on important bills; 2.) Under the Bill of Rights she is presumed innocent pending her detention; 3.) She is not a flight risk as she even voluntarily surrendered to police authorities, and 4.) Her security escorts can be maximized to assure that she returns to the detention facility at Camp Crame.

De Lima’s drug raps have to do with the proliferation of illegal drugs at the New Bilibid Prison (NBP) during her time as Justice secretary.

Lagman and his fellow opposition solons who comprise the “Magnificent 7” are expected to visit the lady politiko at the PNP Custodial Center in Camp Crame the same day.