May aangal? Rachel backs up Mocha, says she deserves a chance 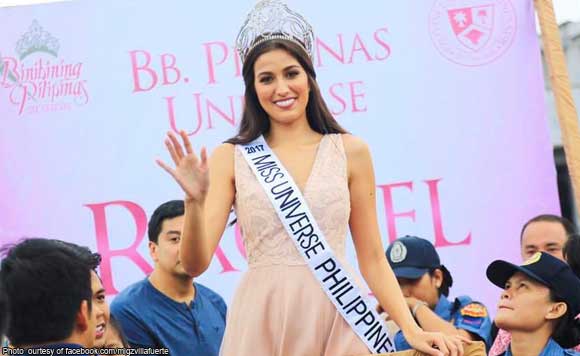 In a Bicol Mail report, Peters was quoted as asking the public to give Uson a chance after the latter–a former sexy dancer and sex advice columnist–was designated as assistant secretary of the Presidential Communications Operations Office (PCOO) by President Rodrigo Duterte earlier this month.

“I believe everyone should be given a chance. You cannot judge a book by its cover — something I am always taught by my parents and instilled in my mind,” the beautiful and articulate Fil-Brit model said in a press conference after winning her Binibining Pilipinas crown.

Pertaining to Uson, Peters, whose mother is from Canaman, Camarines Sur, reckoned that Filipinos “should trust in our President and trust that it’s him [who].knows what is best for our country.”

Peters is the girlfriend of Camarines Sur Governor Migz Villafuerte.