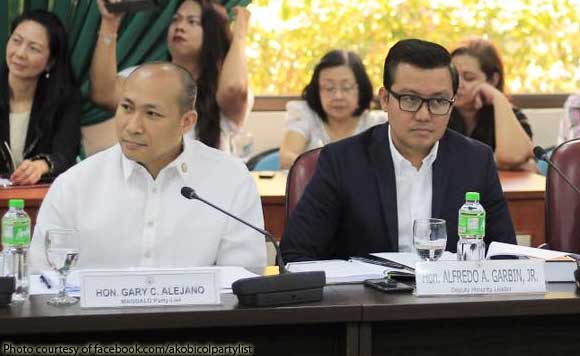 Two days earlier, the House Committee on Justice threw out Alejano’s complaint after deeming it insufficient in substance. One of the big problems of the complaint was that its filer didn’t have any personal knowledge about the allegations and supposed impeachable offenses it contained.

He said that Alejano, a former Marine captain, should have availed of another mode of impeachment if he wanted his complaint to at least stand a chance.

“So ang ginawa niya sana is he went to the second mode of initiating an impeachment complaint which it should be filed by any citizen and endorsed by a resolution of endorsement by a member of the House.

Alejano told the Justice panel Monday that his own lawyers helped prepare the complaint against Duterte. He admitted to the panel that he had no personal knowledge of his allegations, which include the death of over 8,000 people under the administration’s bloody anti-drug war.

Garbin sat next to Alejano during the Committee hearing.