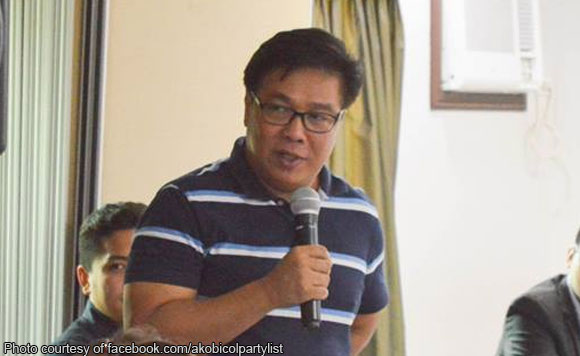 0 539
Share
Want more POLITIKO News? Get the latest newsfeed here. We publish dozens and dozens of politics-only news stories every hour. Click here to get to know more about your politiko - from trivial to crucial. it's our commitment to tell their stories. We follow your favorite POLITIKO like they are rockstars. If you are the politiko, always remember, your side is always our story. Read more. Find out more. Get the latest news here before it spreads on social media. Follow and bookmark this link. https://goo.gl/SvY8Kr

AKO-Bicol Party-List Rep. Rodel Batocabe denied reports that the Party-List Coalition intends to abstain during the plenary vote for the Tax Reform for Acceleration and Inclusion (TRAIN) bill next week.

In a text message to Politiko Thursday (May 18), Batocabe bared that the 46-member coalition which he leads as its president was as yet undecided as a group as to how they will vote.

What’s sure according to the politiko is that the Party-List Coalition will continue to bat for cooperatives’ tax exemption, which is contrary to the Duterte administration’s comprehensive tax reform measure.

“We have not yet made a definite stand as a group but then, we unanimously agreed to fight for the VAT exemption of cooperatives as these are not for profit ventures but act as social enterprises especially in the countryside to make growth more inclusive for all,” Batocabe said.

The proposed tax on cooperatives and other sectors is among the contentious features of TRAIN, which also pushes for a new excise tax on fuel.

House Speaker Pantaleon Alvarez said they are planning to approve the bill on third and final reading on May 24, Wednesday, or a week before the sine die adjournment of Congress.