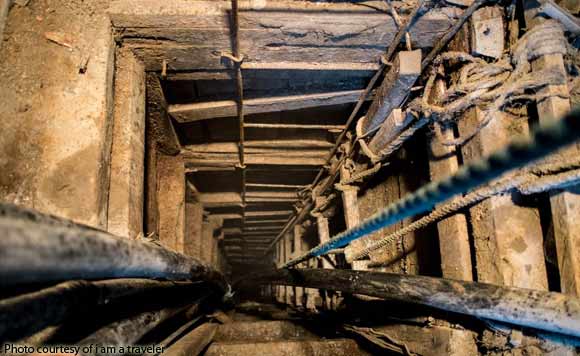 The Provincial Council of Camarines Norte headed Vice Governor Jonah Pimentel has moved to outlaw mining in the municipality of Labo, where the potentially dangerous Venida Pit is located.

According to a Bicol Standard report Wednesday (May 17), the Council passed a resolution prohibiting the mining activities of the joint venture of Mt. Labo Exploration and Development Corporation (MLEDC) and Galeo Equipment Corporation in the particular town.

Pimentel said the Provincial Council made the move after carrying out consultations with the Barangay officials of Napaod, Labo as well as municipal officials.

Napaod village hosts the Venida Pit, which is an abandoned open pit mine. It is two hectares wide, and in some areas could reach up to 100 feet deep.

The open mined pit has an unsecured perimeter, thus there is a constant threat of landslides and flooding. The resolution was passed ahead of the rainy season.

It can be recalled the Provincial Council scheduled on May 10 a hearing that was supposed to tackle safety issues of the mining operation. However, top officials of the joint venture snubbed it.