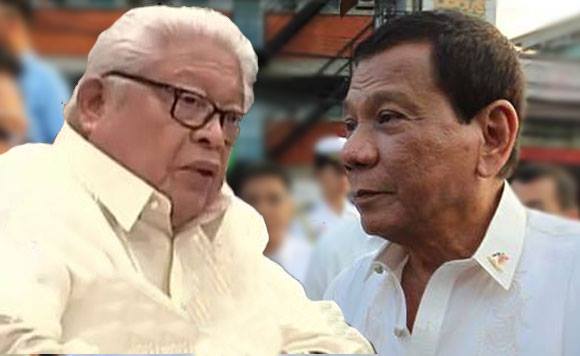 Albay 1st district Rep. Edcel Lagman on Monday (May 15) underscored that a popular president like Rodrigo Duterte shouldn’t be impeachment-proof.

Lagman gave this manifestation during the hearing of the House Committee on Justice on Duterte’s first ever impeachment complaint.

The Bicolano felt compelled to say this after Minority Leader Danny Suarez highlighted Duterte’s plus-80 percent popularity rating just before the panel tackled the sufficiency in form and substance of the impeachment rap.

“With respect to statements of the honorable Danilo Suarez, let me reiterate what the honorable chairman said that there is no vested interest…In other words, no amount of popular vote will immune an errant high public official from impeachment proceedings, which is the sole jurisdiction of the House of Representatives (HOR) through the Committee on Justice,” said Lagman, a lawyer.

Suarez’s point was that it’s rare for the Philippines to have a president “that’s favored by eight of 10 Filipinos.”

As such, Suarez said that the impeachment is ill-advised.