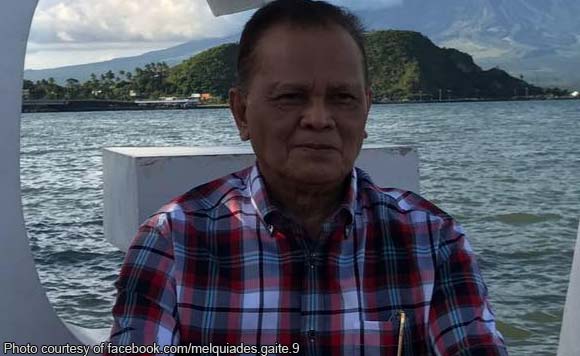 Baao, Camarines Sur Mayor Melquiades Gaite was dismissed from his post by the Office of the Ombudsman over an alleged anomalous lease deal over the public market.

The Ombudsman issued a resolution finding Gauity guilty of grave misconduct and conduct prejudicial to the best interest of the service.

The dismissal stemmed from 2014 contract he made with Lamvert Consolidated Complex Development Corporation for a 25-year lease of a portion of the Baao public market building covering 1,704 square meters.

The Ombudsman discovered, however, that Gaite failed to present evidence that the lease deal was made with the prior authorization of the Sangguniang Bayan.

The Ombudsman explained the Local Government Code of 1991 provides “no contract may be entered into by the local chief executive in behalf of the local government unit without prior authorization by the sanggunian concerned.”

Ombudsman Conchita Carpio Morales said, “The act of respondent, a veteran local chief executive with almost two decades of experience, in entering into a contract of lease for a period beyond that in Municipal Ordinance No. 03 amounts to a transgression of some established and definite rule of action more particularly unlawful behaviour or gross negligence by a public officer.”

Apart from this, the Ombudsman said Municipal Ordinance Number 3 does not allow lease contracts which are more than 5 years and Gaite also failed to enforce the provision on “goodwill money” for the lease deal.