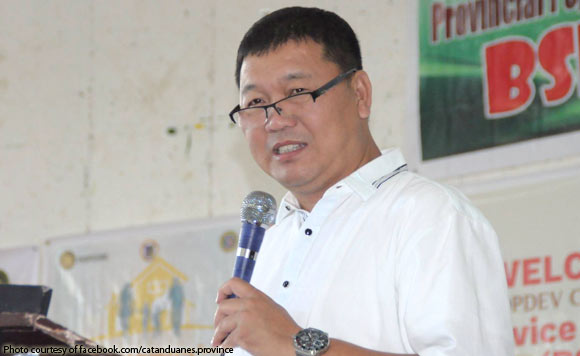 Catanduanes Governor Joseph Cua has denied any hand in the killing of newspaper publisher Larry Que last year, saying he has no motive to do so.

“I have no reason or motive to order the killing of publisher Larry Que,” Cua was quoted as saying Wednesday (May 3) in a Bicol Standard report.

Cua gave the remark a day after Edralyn Pangilinan, the live-in partner of the slain businessman, filed murder raps against him and two other individuals before the Department of Justice (DOJ) in Manila.

Que ran scathing stories on his paper, Catanduanes News Now, a few weeks prior as he assailed the politiko over the discovery of a mega-sized drug laboratory in a Virac on November 26, 2016.

Que reportedly campaigned against Cua in the May 2013 elections when the latter was the incumbent governor. Cua ultimately lost to rival Araceli Wong.

Cua regained the governor’s seat after the May 2016 polls.