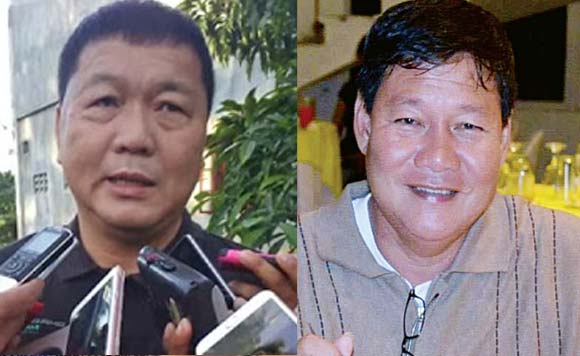 Catanduanes Governor Joseph Cua has been charged with murder over what was considered an offshoot of the discovery of the mega-sized shabu laboratory in Virac last year.

Cua was slapped Tuesday (May 2) before the Department of Justice (DOJ) with murder by Edralyn Pangilinan, the live-in partner of slain newspaper publisher and businessman Larry Que.

In the 27-page DOJ complaint, Cua was said to have the motivation to order the killing of Catanduanes News Now publisher Que, who after the uncovering of the Virac drug lab on November 26, 2016 ran successive critical articles against the politiko.

The drug lab was quite embarrassing for Cua and the province as it was said to be able to produce 9.6 tons of shabu a month. Police said it was the biggest drug-making facility ever found.

Pangilinan further claimed that before the 54-year-old Que was killed on December 19, 2016 by motorcycle-riding gunmen in Barangay San Isidro, Virac, the latter was preparing to publish an “extensive history” of Cua’s involvement with illegal drugs in the province.

Pangilinan said that Que helped campaign against Cua during the 2013 gubernatorial race, resulting to the victory of Araceli Wong. The complainant said this caused Cua, an incumbent at that time, to feel bitter.

Cua won back the governor’s seat in 2016. That same year, Que ran for Virac mayor, but lost.

Last February, Pangilinan filed before the Office of the Ombudsman charges of graft, grave misconduct and nonfeasance against Cua and several others for their failure to crack down on illegal drugs in Catanduanes. #