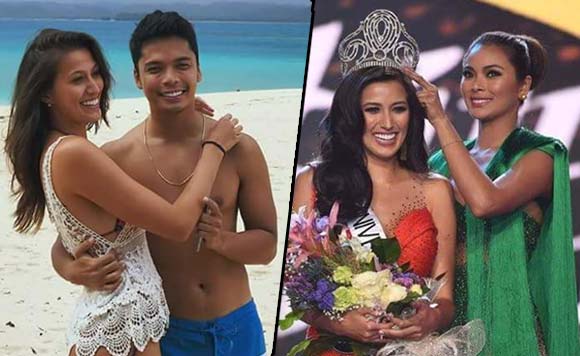 This, after the latter won the 2017 Binibining Pilipinas-Universe crown early morning Monday, May 1.

The beautiful Peters emerged as a favorite in the competition after winning a handful of special awards, namely The Face of Binibini, Jag Denim Queen and Best in Swimsuit.

Peters, 25, was born in Bahrain. She then spent most of her childhood in the Philippines, after which she and her family moved to Thailand.

Villafuerte’s bae has Bachelor of Business, Tourism and Events major from La Trobe University in Australia. She spends her free time in Camarines Sur.

This early, Peters is being described as a better public speaker than her predecessor, Maxine Medina, who finished in the Top 6 of the Miss Universe pageant in Manila this January.#