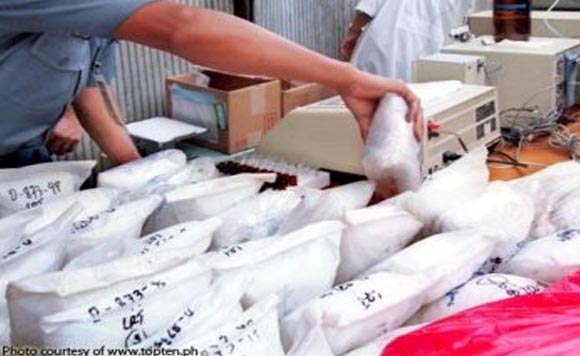 0 1,201
Share
Want more POLITIKO News? Get the latest newsfeed here. We publish dozens and dozens of politics-only news stories every hour. Click here to get to know more about your politiko - from trivial to crucial. it's our commitment to tell their stories. We follow your favorite POLITIKO like they are rockstars. If you are the politiko, always remember, your side is always our story. Read more. Find out more. Get the latest news here before it spreads on social media. Follow and bookmark this link. https://goo.gl/SvY8Kr

The man dubbed as the no. 1 most wanted drug suspect in the entire Bicol region has fallen in the hands of police.

According to a Bicol Standard report Sunday (April 23), suspect Wilson Baita was arrested by joint operatives of the Philippine Drug Enforcement Unit (PDEA) and the Criminal Investigation and Detection Team (CIDT).

In particular, Baita was captured after falling prey to a buy-bust operation at Room 3, Barangay Sagrada in Baao town, Camarines Sur.

The report did not say how much drugs or money was recovered from the suspect following the operation, which was preceded by a “long intelligence work.”

It can be recalled that last month, elements of PDEA also made a big time arrest after they nabbed brothers Macneil Abines and Christian Abines.

Described as “major drug dealers” in the province, the duo yielded a whopping P5.6 million worth of “shabu.”

Sources said that their father, SPO2 Reinier Abines, is the bodyguard of a local politiko.