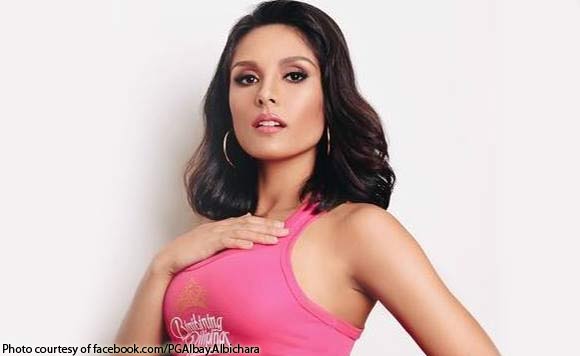 The Madrid, Spain-born bombshell recently gained the endorsement of Albay Governor Al Francis Bichara, who took to Facebook to consolidate support for her.

“A Daragang Magayon who hails from Ligao, Albay is set to compete in the upcoming Binibining Pilipinas,” read this post from Bichara’s FB.

The post described candidate no.34 Ortega as having a master’s degree in architecture from the Polytechnic University of Catalonia Spain. She is also a European-licensed architect.

Ramping up the pressure for Ortega is the fact that beauty pageant contestants who hail from Albay are always “tough contenders” in both national and international tilts. This was highlighted on the politiko’s social media post.
“Best of luck, Binibini 34! The whole province is rooting for you!” it further read.
Albay 3rd district Rep. Fernando Gonzalez gave a similar FB endorsement for Ortega a few days ago.
This year’s Binibining Pilipinas coronation night will take place on April 30.
Miriam Quimbao, Precious Lara Quigaman, Venus Raj and Melody Gersbach are among the notable Albayana beauty queens of recent years.