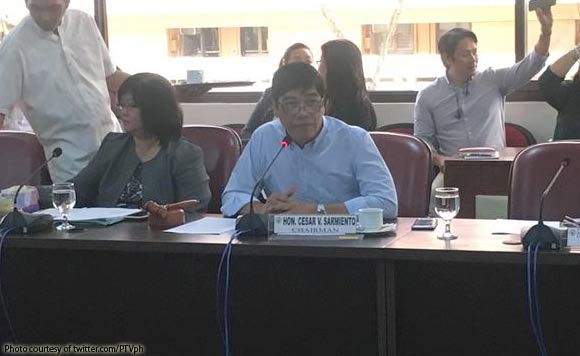 Catanduanes Rep. Cesar Sarmiento wasn’t surprised at all by President Rodrigo Duterte’s popularity, as evidenced by his winning of the 2017 TIME 100 readers’ poll.

According to Sarmiento, Duterte is very identifiable as a leader since he’s “just like you and me.”

“Stripped of all the strong words you see him say, Duterte is in his core, just some probinsyano from a third world country who hopes to have a better life for everyone in the Philippines,” said the House politiko, who chairs the Committee on Transportation.

“Doesn’t that story remind you of anyone ? It’s you. It’s me. It’s everyone since everyone wants a better life. And that is what makes him popular and charismatic,” explained Sarmiento.

Duterte received 5 percent of the total “yes” votes in the annual poll, which closed Sunday night.