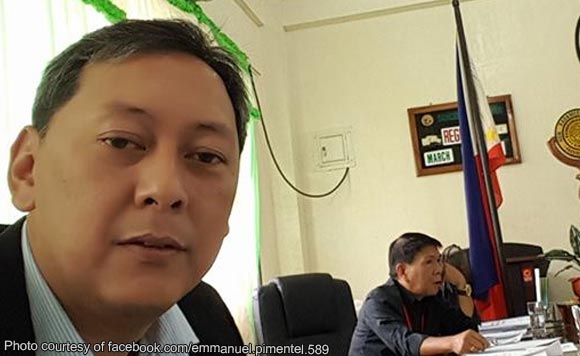 The councilor, who recently was elected secretary-general of the Philippine Councilors League (PCL), has also been named as the town’s acting vice mayor.

According to a recent Brigada News FM Daet report, the Provincial Council had issued a resolution saying that Heraldo must be slapped with a preventive suspension. The resolution was then forwarded to Tallado’s office.

Pimentel took over the reins from Heraldo on April 7, or a day after the latter’s suspension took effect.

He clarified in a separate report that he remains a town councilor since he’s merely holding the vice mayor’s seat in an acting capacity. The reports did not say the reason behind Heraldo’s suspension.

Pimentel was elected PCL secretary-general during the League’s National Congress, which took place from March 8 to 10 at the World Trade Center in Pasay City.

He also chairs the Committee on Rules in the Municipal Council of Vinzons.