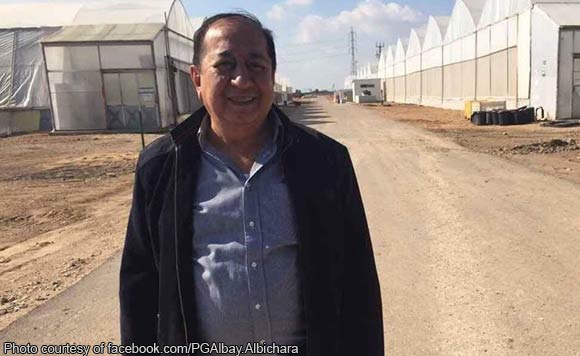 0 582
Share
Want more POLITIKO News? Get the latest newsfeed here. We publish dozens and dozens of politics-only news stories every hour. Click here to get to know more about your politiko - from trivial to crucial. it's our commitment to tell their stories. We follow your favorite POLITIKO like they are rockstars. If you are the politiko, always remember, your side is always our story. Read more. Find out more. Get the latest news here before it spreads on social media. Follow and bookmark this link. https://goo.gl/SvY8Kr

Even Albay Governor Al Francis Bichara is hyped up for this upcoming high-profile match-up in the ongoing PBA Commissioner’s Cup.

Incidentally, the particular hardcourt face off featuring Jayson Castro’s TNT Katropa and Calvin Abueva’s Alaska Aces will coincide with this year’s Magayon Festival, which relives the legend of the province’s very own Mayon Volcano.

“Governor AL Francis Bichara brings Basketball Heat to Albay! This Magayon Festival 2017, some of the finest professional basketball players of the country will be coming to Albay as part of the calendar of the famous Annual festivities,” read this Facebook post from the Albay Public Information Office (PIO).

The clash between Katropa and the Aces–two of the top teams in the PBA right now–has been set on May 20 at the Ibalong Centrum for Recreation in Legazpi City.

Castro and Abueva are ex-teammates on the uber-popular Gilas Pilipinas national basketball team.

Bichara is a known sports advocate. He believes in cultivating sports at the grassroots level, as evidenced by his move to tap professional coaches and trainers for regional meets such as the Palarong Bicol.