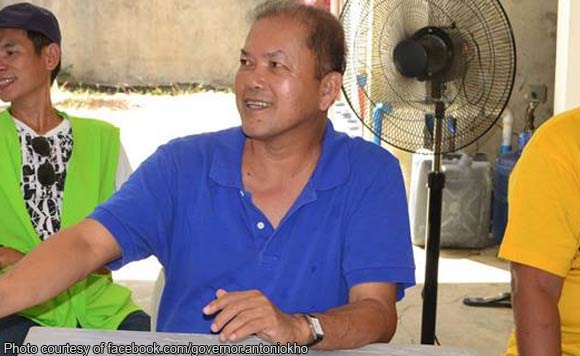 The Office of the Ombudsman has appealed before the First Division Sandiganbayan not to dismiss the two counts of graft against Masbate Governor Antonio Kho over his alleged involvement in a fertilizer fund scam.

In its motion for reconsideration, the Ombudsman asked the anti-graft court to reverse its March resolution which dismissed the case due to inordinate delay since it took more than five years before Kho was indicted before the Sandiganbayan.

“The prosecution implores this court to be mindful of the limitations and realities being confronted by the Office of the Ombudsman due to its enormous workload vis-a-vis the limited number of its personnel,” read the motion for reconsideration.

The case stemmed from Kho’s 2004 release of P5 million for the purchase of fertilizers under the the Farm Inputs and Farm Implements Program (FIPIP) of the Department of Agriculture (DA).

The Ombudsman discovered that Kho approved two purchase requests for 7,143.33 bottles of Hexaplus liquid fertilizers amounting to P700.08 per bottle from Hexaphil as exclusive distributor.

However, the Ombudsman pointed out that the transaction was tainted with irregularities including the use of direct contracting and the naming of specific brand names.

Apart from this, Hexaphil was also found to have submitted fake or expired business permits and licenses from the Fertilizer and Pesticide Authority and Securities and Exchange Commission.