COA hits use of public schools as evacuation centers in Albay 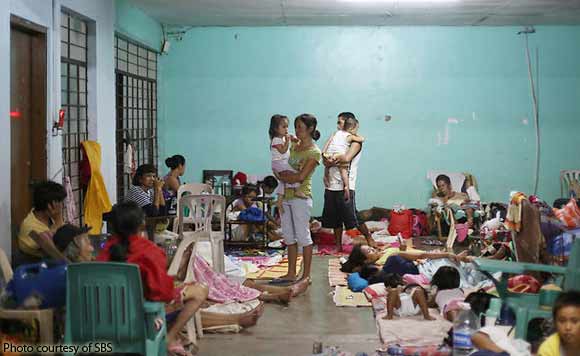 There are 53 public schols in Albay being used as evacuation centers due to the lack of permanent structures for evacuation in times of disaster, state auditors said.

In its citizen participatory audit report on the use of the province’s Local Disaster Risk Reduction and Management Fund (LDRRMF) from 2012-2015, the Commission on Audit (COA) said 53 public schools in the Department of Education Division Office of Albay were used as temporary evacuation sites, thus disrupting scheduled classes and imposing threats to the safety of the evacuees.

Meanwhile, there are 10 permanent evaucation centers in Albay for use during calamities and disasters prior to 2015, according to documents submitted by the Albay Public Safety and Emergency Management Office (APSEMO).

This means there are no evacuation centers constructed in eight local government units (one city and seven municipalities) out of the three cities and 15 municipalities in Albay.

“Due to lack of permanent evacuation centers, 53 public schools in the DepEd, Division Office of Albay, are being used for the purpose causing disruption of scheduled classes and threat to the safety of the evacuees,” COA said.

The APSEMO, however, has no data on the number of public schools being used as temporary evacuation centers under the Division Offices of Legazpi, Tabaco and Ligao cities.

Auditors noted too that thousands of evacuees during volcanic activities of Mt. Mayon flee to evacuation centers and public schools due to threats of ashfall, pyroclastic materials, mudflows and lahar.

The families stay in the public schools for an extended period of time and disrupt classes, which runs counter to Section VI (7) of the DEPED-DSWD-DILG-DOH Joint Circular No. 1, COA said.

“Thus, thousands of families are evacuated to public schools for extended periods of time, contrary to Section VI (7) of the DEPED-DSWD-DILG-DOH Joint Circular No. 1, thereby disrupting the classes in the classrooms,” COA said.

The evacuees are also not safe in the public school buildings not designed to withstand the force of a storm and other natural calamities, COA said.

“The safety of the evacuees are not assured, especially during strong typhoons since school buildings are not specifically designed to serve as evacuation centers, hence, they are not structurally sound,” COA said.

But the provincial government only uses classrooms considered safe based on the listing submitted by DepEd.

The APSEMO head added that the provincial government prioritizes the lives of the affected families and allows them the extended use of the classrooms.

Meanwhile, classes are held in tents to minimize the disrupted classes due to the temporary evacuation centers, the head said.

COA recommended to the provincial governor Al Francis Bichara to continue allocating funds to its Local Disaster Risk Reduction and Management budget for the construction of additional evacuation centers to address the shortage.

COA chose Albay province as the pilot province in its Citizen Participatory Audit. Albay has been known for its zero casualty record during natural calamities.