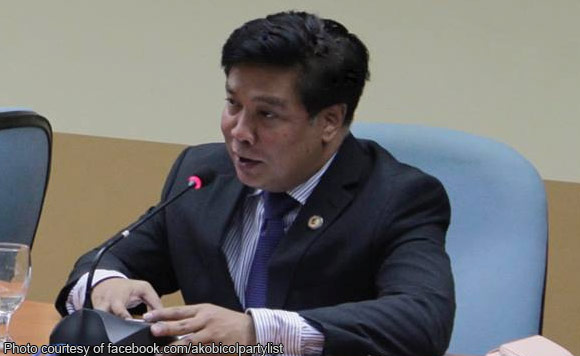 AKO-Bicol party-list Rep. Rodel Batocabe rued on Friday (April 7) how a legitimate issue like the controversial Tagum Agricultural Development Company, Inc. (TADECO) contract has been muddled by stories of infidelity between congressmen.

“It is a matter of public interest since it involves a contract which is allegedly disadvantageous to the government,” Batocabe said, referring to the 25-year joint venture agreement (JVA) between banana company TADECO and the Bureau of Corrections (BuCor).

“One area which we can look into and enact legislation is on the use of prison labor. In that aspect alone, we can explore many issues to come up with definitive policies and eventual legislation.

“Too bad, these novel issues are clouded by the public spat between the two personalities supposedly caused by their respective girlfriends,” said Batocabe.

Last month, Alvarez filed House Resolution (HR) no.867, which prods the Committee on Good Government and Public Accountability to look into the lopsided TADECO-BuCor deal.

Alvarez reckoned that TADECO should be paying the government P1.061 bilion per year or P26.525 billion for the entire 25-year contract. It is currently paying just P5,000 per hectare per year in a deal that covers 5,‎308 hectares of penal lands.

It is estimated that the government would lose a total of P25.464 billion because of the disadvantageous deal.

However, the key details of the case are somewhat drowned by the reported quarrel between Alvarez and Floirendo’s respective girlfriends, Jennifer Maliwanag Vicencio and Cathy Binag.

Binag has hinted that Alvarez only wants to pin down “Banana King” Floirendo due to her spat with Vicencio.