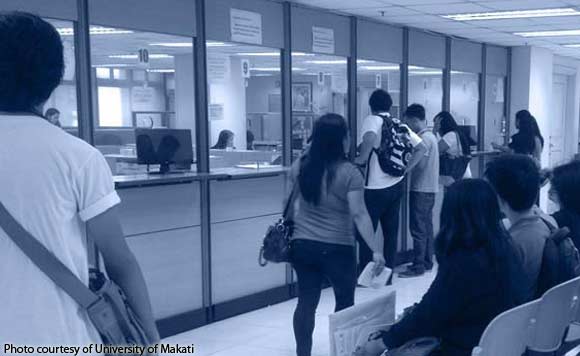 The Camarines Sur Polytechnic Colleges in 2015 disbursed P230,160 from the income from tuition fees for the representation and transportation allowance (RATA) of its officials, state auditors said.

In its annual audit report that ended in 2015, the Commission on Audit (COA) called as an irregular expenditure the use of the Fund 164 for the RATA of the following officials – Dr. Teresita Salazar (Vice President for Academic Affairs), Dr. Jose Ariel Ibarrientos (SDS Director), Seth Barandon (Director, Research), Amado Oliva Jr. (Director, Extension), Emilda Escolano (Dean, College of Management and Entrepreneurship), and Francia Tomenio (Dean, College of Engineering).

COA said the payment of the monthly reimbursable RATA for July, August and October 2015 was sourced from Fund 164-Special Trust Fund account, which contained the income from tuition fees and other school charges.

This violates the Department of Budget and Management Budget Circular No. 548 dated 2013 which states that the grant of commutable or reimbursable RATA in state universities and colleges (SUCs) should be charges against the respective agency’s appropriation or budget for the purpose, or in case of deficiencies to the agency savings.

The Special Provisions of the 2015 General Appropriations Act also state that SUCs should use the income from tuition fees primarily for expenditures that directly support their core mandate.

The provisions also state that no amount from the income should be used to pay for allowances and other benefits unauthorized by law.

Auditors verified that there was no corresponding budget for the RATA in Fund 164.

“Payment for reimbursable RATA out of the said Fund is in violation of the above cited provisions of the 2015 General Appropriations Act and National Budget Circular No. 548, thus an irregular expenditure,” COA said.

The COA recommended to the management to refrain from charging the reimbursable RATA against the Fund 164-Special Trust Fund, as well as adhere to the GAA Special Provision and the budget circular.

The budget officer vowed that the 2016 reimbursable RATA would be charged to the agency’s savings.