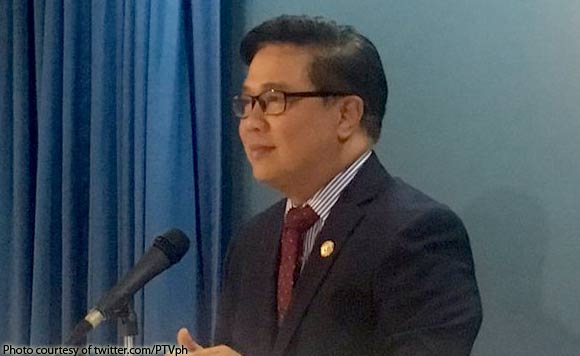 0 689
Share
Want more POLITIKO News? Get the latest newsfeed here. We publish dozens and dozens of politics-only news stories every hour. Click here to get to know more about your politiko - from trivial to crucial. it's our commitment to tell their stories. We follow your favorite POLITIKO like they are rockstars. If you are the politiko, always remember, your side is always our story. Read more. Find out more. Get the latest news here before it spreads on social media. Follow and bookmark this link. https://goo.gl/SvY8Kr

In fact, Batocabe claims that the support for Alvarez in the 293-member House of Representatives (HOR) remains strong.
“The support for Speaker Alvarez is still strong and I do not see any change in the House leadership in the near future,” said the politiko.
Earlier this month, Davao del Norte 1st district Rep. Alvarez charged Floirendo with graft before the Office of the Ombudsman in connection with Tagum Agricultural Development Company, Inc.’s (TADECO) questionable joint venture agreement (JVA) with the Bureau of Corrections (BuCor).

Floirendo owns TADECO, one of the largest banana plantations in the world.

The Speaker, via House Resolution (HR) no.867, is also prodding the Committee on Good Government and Public Accountability to look into the “disadvantageous” TADECO-BuCor contract.

Word is that Alvarez is breathing down Floirendo’s neck after the latter’s live-in partner, Cathy Binag, had an altercation with the Speaker’s girlfriend last year.
“I am not worried at all since it is a private tiff and has nothing to do with work in Congress,” Batocabe said when asked if he thinks the quarrel between the two would weaken the Supermajority, which is led by PDP-Laban.
The Bicolano politiko sits as president of the 46-member Party-list Coalition, which is also part of the Supermajority.

CamSur Rep. Villafuerte hails enactment of two of his pet…