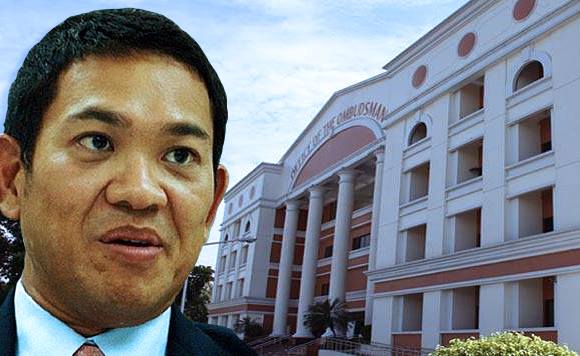 0 566
Share
Want more POLITIKO News? Get the latest newsfeed here. We publish dozens and dozens of politics-only news stories every hour. Click here to get to know more about your politiko - from trivial to crucial. it's our commitment to tell their stories. We follow your favorite POLITIKO like they are rockstars. If you are the politiko, always remember, your side is always our story. Read more. Find out more. Get the latest news here before it spreads on social media. Follow and bookmark this link. https://goo.gl/SvY8Kr

This, after Ombudsman Conchita Carpio-Morales approved the dismissal of the complaint against the politiko that has to do with the “pork barrel” scam.

It can be recalled that Andaya served as Department of Budget and Management (DBM) secretary during the presidency of Gloria Macapagal-Arroyo. Arroyo is now his collage at the House of Representatives (HOR).

In granting Andaya’s motion for reconsideration, the Ombudsman apparently found merit in the House leader’e claim that he issued three Special Allot Release Order (SAROs) for the release of Baterina’s PDAF as the then congressman’s pork allocations were already included on the PDAF Menu under the 2005 General Appropriations Act (GAA).

Andaya, according to a separate Philippine Star report, noted that under the DBM National Budget Circular issued on January 1, 2015, it was clarified that PDAF releases for 2005 onwards no longer required the project profiles and endorsements from the government implementing agencies (IAs) as long as the allocations are included in the GAA. #