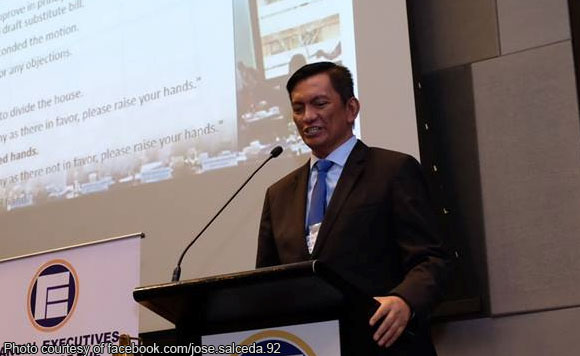 0 588
Share
Want more POLITIKO News? Get the latest newsfeed here. We publish dozens and dozens of politics-only news stories every hour. Click here to get to know more about your politiko - from trivial to crucial. it's our commitment to tell their stories. We follow your favorite POLITIKO like they are rockstars. If you are the politiko, always remember, your side is always our story. Read more. Find out more. Get the latest news here before it spreads on social media. Follow and bookmark this link. https://goo.gl/SvY8Kr

On a Facebook post Monday (March 20), former longtime Albay governor Salceda bared that Shahani was among his ardent supporters in his career as a public servant.

“I met her so many times in my lifetime always encouraging me in my public service,” he wrote.

Salceda bared his distant relation to the lady politiko on the same post. “She was the first cousin of Auntie Lita Lizardo who married Uncle Clemen Sarte, older brother of my mother.”

“She stood for the Filipino future. When in Albay, she would always visit the Sartes in Alnay, Polangui, Albay,” he added of Shahani, died at the age of 87 due to colon cancer.

The Albay solon when on to tell an anecdote about Shahani just before the events of the 1986 EDSA People Power Revolution.

” I remember how during the turbulent times after Aquino assassination, while she was working in the United Nations, she went for Cory Aquino and made the anti-fascism really mainstream. It was to be a portent – her brother Fidel Valdes Ramos turned the tide during EDSA revolution,” he said.

Shahani also served as Philippine ambassador to Australia, Romania, Hungary and West Germany before she was appointed Undersecretary of Foreign Affairs and Chairperson of the National Commission on Women. #