Escudero matriarch to accept House post removal… if it happens 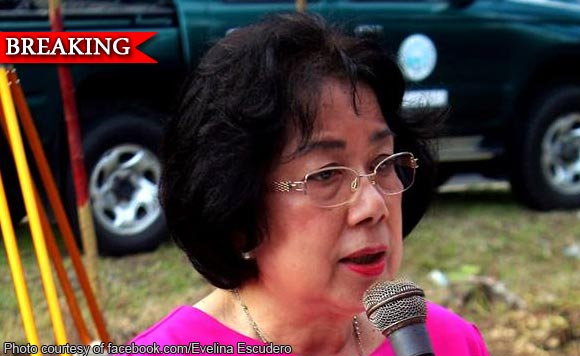 “Whatever it is, we accept whatever the Speaker will decide,” she told a press conference at the House of Representatives (HOR) Monday, March 13.

Evelina, known to her constituents as “Nanay Evie,” is the matriarch of the Escudero clan. She is the mother of Senator Chiz Escudero.

The lady politiko was one of the 54 solons who voted against the passage of the death penalty restoration bill Tuesday, March 7

Alvarez earlier warned that he would remove House leaders who defy the passage of this “priority” measure.

“Wala namang notice so far,” she answered when asked if the House leadership has approached her about the supposed consequence.