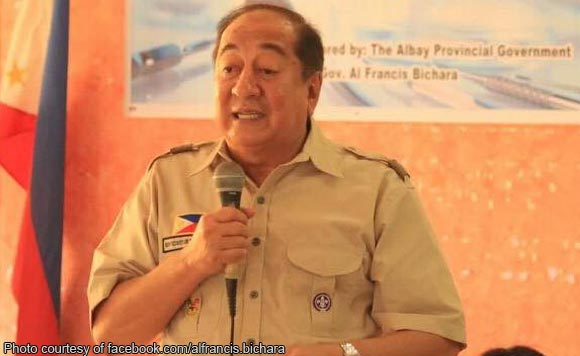 The camp of Albay Governor Al Francis Bichara set the record straight Sunday (March 12) regarding his administration’s supposed “stoppage” of its funding for one of the programs of the Bicol Regional Training and Teaching Hospital (BRTTH).

“There have been comments doing the rounds on facebook that the anti-rabies program of the [BRTTH] will be discontinued by Gov. Al Francis Bichara. This is not true,” read a post on the politiko’s Facebook page.

According to the post, the provincial government which Bichara heads does not exercise full control over the BRTTH.

“Because it is under the national government,” it said. “Only the district and municipal hospitals are supervised by the province.”

“The provincial government is their only source of budget, unlike the BRTTH that can ask for money from the Department of Health.

“By providing money to hospitals in far-flung areas, we are helping our poor rural constituents by giving healthcare to where they are. They need not come to Legazpi City,” the post read.