Lagman says Alvarez is all bark but no bite 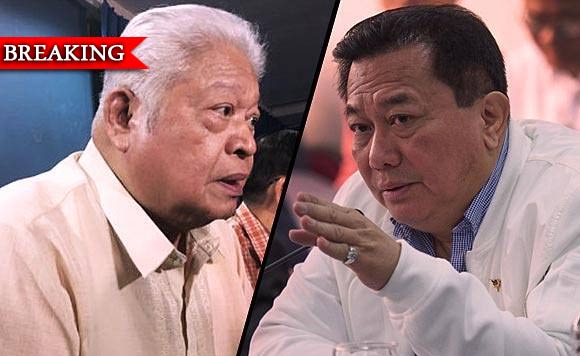 “The threat of Speaker Pantaleon Alvarez to oust those who would vote against the death penalty bill from their key leadership positions has turned out to be a mere scheming braggadocio,” Lagman said in a statement.

“After frightening and pressuring the fainthearted and ambivalent Representatives to vote for the reimposition of the death penalty, Alvarez has reportedly desisted from executing his oft-repeated threat of reprisal,” he noted.

Alvarez, PDP-Laban’s secretary-general, earlier vowed to replace House leaders who refuse to support the return of capital punishment in the country.

Tuesday’s nominal voting on the bill showed that Deputy Speaker and former president Gloria Macapagal-Arroyo voted negatively. This was also true for nine Committee chairmen, who are of course from the Majority.

However, on Wednesday, Alvarez let Majority Floor Leader Rudy Fariñas execute his punishment at a time of the latter’s choosing.

“The House leadership knew beforehand that the Speaker’s intimidation and pressure could not prevent committed anti-death penalty advocates in voting against against H.B. No. 4727 as they were ready to suffer the adverse consequences of their conscience vote.

“The real targets of the Speaker’s intimidation were the more numerous Members who lack courage and will to defy him,” said Lagman, who belongs to the opposition.

Earlier, Lagman said that Alvarez has no choice but to make good of his threat to remove dissenting House leaders, or else no one would believe him anymore.