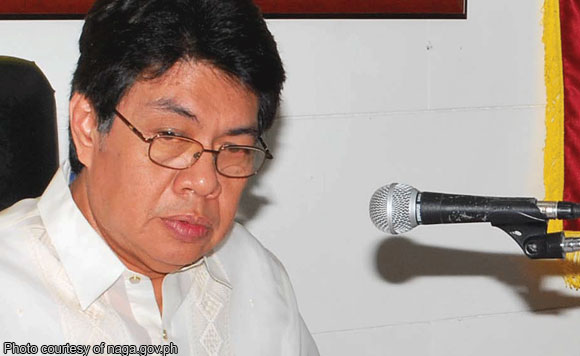 Camarines Sur 3rd district Congressman Gabriel Bordado’s negative vote on the death penalty restoration bill is a no-brainer, given the district that he represents.

“My district is composed of NAGA CITY and the municipalities of CALABANGA, BOMBON, MAGARAO, CAMALIGAN, OCAMPO, CANAMAN, and PILI,” the rookie solon said in his speech before the House plenary Tuesday (March 7) following the nominal voting on House Bill (HB) 4727.

“Aside from being the seat of the ARCHDIOCESE OF CACERES, Naga is the home of the centuries-old image of OUR LADY OF PENAFRANCIA, the Patroness of Bicol,” he continued.

As far as Marian devotions go, Bordado said that Peñafrancia devotion is considered the biggest is Asia, if not the whole world.

“In other words, you don’t have to be a political science genius to determine the leaning of my constituents insofar as the proposal to re-impose death penalty is concerned,” underscored Bordado, who formerly served as Naga City vice mayor.

On Tuesday, Bordado joined 53 other congressmen in voting against the passage of death penalty measure on third and final reading.

“In our scheme of things, I am an agent; my constituents are my principals. A problem arises when an agent no longer represents the interests of his principals,” the politiko further said in his explanation.

Some 217 congressmen affirmed the passage of the bill. #