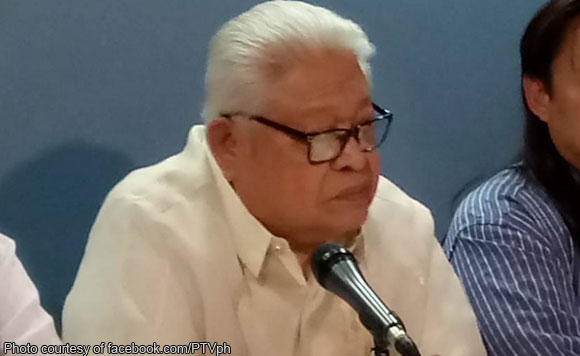 Albay 1st district Rep. Edcel Lagman claimed Tuesday (March 7) that emailing the final versions of House Bill (HB) 4727 to the supposed email addresses of the House of Representatives (HOR) members doesn’t satisfy the constitutional requirement of “copy furnishing” the congressmen of a bill three days before its passage.

HB 4727 bats for the reimposition of death penalty. It is expected to be passed on third and final reading via nominal voting Tuesday afternoon, as slated by the House leadership.

Lagman, an opposition politiko, took issue with the hasty scheduling of the controversial bill especially since he claimed that congressmen have hardly seen the bill they are about to vote on.

“Allegations that copies were emailed to the Representatives last Thursday or Friday is not compliant as there is no showing that what was emailed was a bona fide copy of the final printed form, and that Representatives actually opened their respective emails on said days.

“Furthermore, there is also no indication that the email addresses are the Representatives’ actual respective accounts, not the email account of a staff member,” Lagman explained.

“Verily, the first opportunity the Representatives were able to get the printed copies would have been yesterday, Monday, 06 March 2017, when they are presumed to be in their offices since Monday is a session day.

“Counting the three-day rule from Monday, and pursuant to the computation that the first day is excluded while the last day is included, the third day will still be on Thursday, 09 March 2017. Consequently, the third reading is seasonable starting Friday, 10 March 2017, but Friday is not a session day,” the Bicolano politiko further said.

The opposition bloc has consistently opposed the passage of the death penalty bill in the Chamber. #