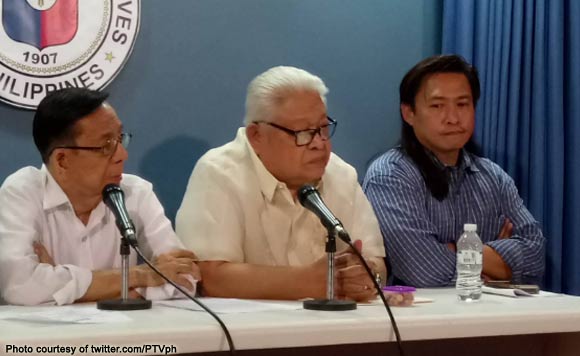 Albay 1st district Rep. Edcel Lagman has identified the “eight sins” of the House leadership when it comes to pushing for death penalty’s revival in the country.

Incidentally, the opposition politiko enumerated these sins on Ash Wednesday, the traditional start of the Lenten Season. And in the Philippines, Lent is all about repentance.

“The House leadership must repent and grieve for the following transgressions in connection with the consideration of the death penalty bill,” Lagman said.

These eight sins are:

1. Prioritizing and railroading the death penalty bill that violates the sanctity and inviolability of life, which according to Pope Francis, even extends to the criminal.

2. Insisting to pass the death penalty bill in violation of the Philippines’ treaty commitment not to reimpose the death penalty under the Second Optional Protocol to the International Convention on Civil and Political Rights. International law jurisprudence and the Vienna Convention on the Law of Treaties authoritatively declare that a country cannot use its domestic law and constitution to renege on or violate its treaty undertakings.

3. Virtually feeding to the shredding machine the rules of the House which were deliberately and wantonly violated in the inordinate haste to fast-track the approval of House Bill No. 4727.

4. Gagging and muzzling the oppositors of the death penalty bill by precipitately terminating the debates even as 18 more interpellators have been officially acknowledged.

5. Moving for the consideration of an amendment by substitution without giving the oppositors the opportunity to know the reasons behind the package of proposed amendments and to interpellate their proponents.

7. Amending the title of the bill without giving the Members the opportunity to file their respective individual amendments in violation of the rule that the amendment to the title shall be in order only after the amendments to the text have been completed pursuant to Section 105 of Rule XIII.

8. Denial of the right of a Member to move for nominal voting under Section 116 of Rule XV.

House Speaker Pantaleon Alvarez has dubbed House Bill 4727 or the death penalty restoration bill as the top priority measure of the Duterte administration.