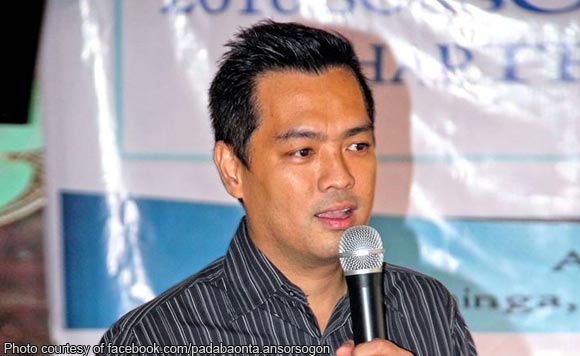 That’s how Sorsogon Governor Robert Lee Rodrigueza described the recent declaration of Sorsogon as a “conflict manageable and development-ready province.”

This title, which has to do with local counter-insurgency progress, was given to Sorsogon by the Armed Forces of the Philippines (AFP) during a ceremony at the provincial gymnasium.

“This would not be possible without the collaborative efforts of the AFP, PNP, the Provincial Government – down to the Municipal Mayors, Vice-Mayors, Councilors, Barangay Officials and all the Sorsoganons,” Rodrigueza said in a speech.

“Collaboration divides the task and multiplies the success,” he noted.

“We could not also discount the help of the Office of the Presidential Adviser on Peace Process, former governor Raul Lee; former governor and now mayor, Sally Lee; and all Provincial Directors and Brigade Commanders who, in the past years have done a lot in the Peace Process here in the Province of Sorsogon,” added Gov Bobet.

Bicol has been the site of clashes between government troops and communist rebels over the past decades.

But with the recent development, the province’s top politiko expressed hope that peace and progress will never leave Sorsogon.

“Ayon sa lyrics ng kanta ni John Lennon: ‘imagine all the people, living life in peace.’ I’m very optimistic, we will not imagine – we will experience life in peace in the Province of Sorsogon! Let us all look forward to a more progressive, more peaceful Province with loving, caring and God-fearing people,” Rodrigueza said.