Chacha talk: Robredo would rather focus on boosting CHR 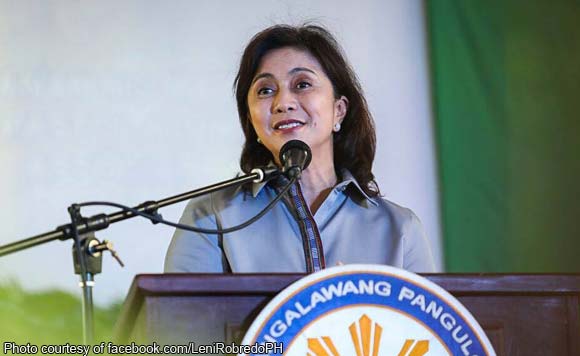 If Vice President Leni Robredo would have her way, she’ll make it so that the Commission on Human Rights (CHR) would have ” more teeth.”

In fact, that’s one of the piecemeal constitutional amendments that she’d support in case of a Chacha or Charter Change.

“Should we change the Constitution? I don’t think so. But is it time to introduce amendments? Perhaps. One such section that needs to be strengthened is the section on the Commission on Human Rights because they don’t have prosecutorial powers,” Robredo said during the Ateneo de Manila University’s forum on Social Justice, Human Rights and the 1987 Constitution Tuesday (February 21).

According to the lady politiko, the sheer number of cases that the Department of Justice (DOJ) end up not addressing shows the need for a stronger CHR.

“The CHR does investigation work, and they send their recommendation to the Justice department. And for all of the CHR’s recommendations which has not been acted upon by the DOJ, it is time to strengthen the CHR’s mandate and giving it more teeth with prosecutorial powers,” Robredo explained.

Robredo’s former colleagues at the House of Representatives (HOR) are pushing for widespread changes to the Charter in an effort to switch to a federal type of government.