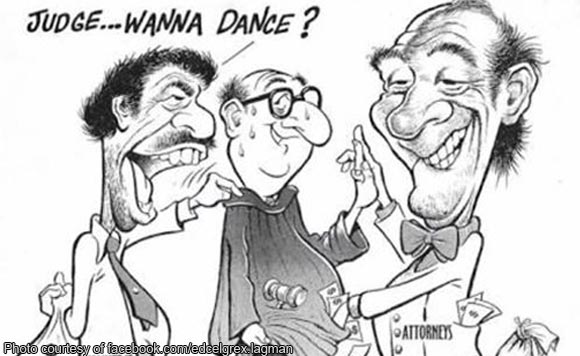 Please check those “political biases” out the courtroom door.

Lagman, a lawyer, expressed concern over this development amid the noticeable “shift” in how the Supreme Court (SC) or the entire Judiciary has been conducting its business under President Rodrigo Duterte’s administration.

“The looming SHIFT in the Judiciary’s role in interpreting our laws and HOW it actually inteprets (soc) them as well as to WHOSE advantage in terms of policy directions these interpretations pertain will again be tested on the heels of Calida’s manifestation,” he noted.

Lagman reckoned that recently, the Judiciary has been allowing itself to be influenced by “political power brokers and chief influence peddlers” as evidenced by their recent controversial decisions. He didn’t single out any case.
Still, the ex-politiko asked the SC to shield itself from these “bad influences.”

“Maintain your judicial independence in the face of an inordinately influential executive. Just interpret the laws fairly. Without fear or favor. Do NOT include your political biases nor act as if you have political capital to protect. You are magistrates not politicians,” he said.