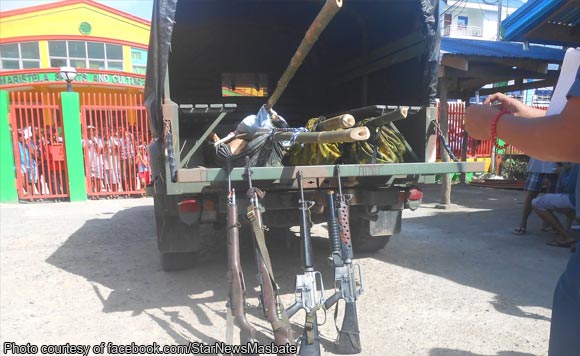 “The dead rebels will be given decent burial,” Cabanizas was quoted as saying in a Bicol Standard report Thursday (February 16).

One of those killed in the encounter, which took place at Barangay Pangle, Aroroy, Masbate was a certain “Commander Jaypee.”

The same report said that Aroroy Mayor Arturo Virtucio shouldered the burial expenses of the Reds, whose remains will be given a three-day funeral at the town’s police station.

“If no one claims (the bodies), it will then be buried,” Virtucio said.

It was the second reported encounter in the province following the termination of the ceasefire agreement between the government and the National Democratic Front (NDF) this month.